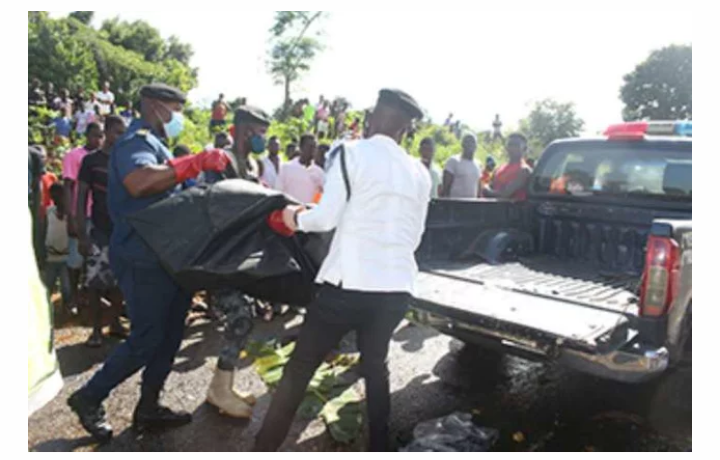 A man in his 40s in Kwesimintsim in the Western Region has been found dead with his hands tied behind his back.
According to an eye witness identified as Eric Opoku Nuamah, the deceased was found dead on the Kwesimintsim-Apremdo Road.

Speaking to Connect FM, the eyewitness said the body of the deceased was found lifeless directly close to the Latest Foam Showroom at Kwesimintsim.

He revealed that although it was at first suspected that it could be suicide because his neck was tied to a robe, subsequent inspections showed that his hand had been tied behind his back.

“The residents feared that there was foul play on the death of the scrap dealer, because the situation does not warrant someone to relate the unfortunate incident to suicide,” Eric Opoku Nuamah shared.

The incident which has now been reported to the police by the family of the deceased is being looked at as a murder case with investigations already underway to uncover what happened.

We are here to give you all the best of our entertainment news and audios, videos, article, artists profile etc. View all posts by Biztown Recordz Gh